I have to admit, the title Enduring Romance always makes me giggle a little bit. Because if you think about it, it can be taken two (or maybe more) ways. First is the straight-forward "romance that lasts forever" sweetness and light. Then there's the "putting up with romance" angle. On any given day, I can alternate between those two meanings like they're on opposing sides of a wildly swinging pendulum.

You see, I consider myself primarily a "strong romantic elements" type of author. I can do straight romance, but I have a much harder time with it. I think the problem is I have a hard time looking at romance and falling in love as the primary part of anyone's story. An important part to be sure, but primary? For me that only works in fairy tales. So when I read or write romance, I always have to put on my princess glasses and see the world in this rainbow of cartoon colors. Sometimes it works...sometimes it doesn't.
Strong romantic elements though? (Happy sigh) That's my sweet spot. It still has all the magic of boy meeting girl (or girl meeting girl or boy meeting boy...whatever match-up the story at hand needs), but like in life it's told within the framework of a bigger picture. Characters get to fall in love while finding the bad guy or running from danger or saving the world. It still happens, but it isn't the primary focus of their lives.

Because whether we like to admit it or not, there's always more than romance going on. There's school and jobs and family and friends, and sometimes falling in love has to take a backseat to those other things. For me, in romance stories, it always wants to be in the front seat--preferably driving.
Oddly enough, the first novel I ever tried to write was a romance. It was an epic love story about these two kids who ran away together as teenagers then were torn apart by life and how they fought to find each other again later. There was war and natural disaster and all sorts of stuff going on, but the focus of the story was the main characters and their emotional journey with each other. It...uh...*cough*...never made it very far. As much as I loved the idea (and still do, as a matter of fact) I couldn't write it.
Romance writers get a lot of grief from people saying how easy it is to write that "fluff". I'm pretty sure the only people who say that are the ones who've never tried writing it. Romance is hard.
Then again, so is falling in love.

~*~*~
Julie Particka is the author of Pretty Souls, book one of the Paranormal Response Team series, and the newest contributing member to Enduring Romance. She'll be posting every third Sunday. In the meantime, you can find her online at her website, blog, Facebook page, and Twitter.
Posted by Seleste deLaney/Julie Particka at 12:15 AM 2 comments: 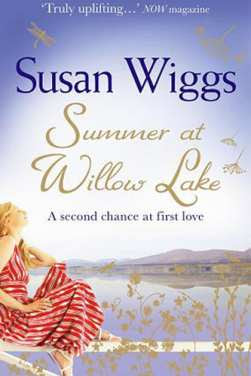 Book blurb
Olivia Bellamy has traded her trendy Manhatten life for a summer renovating her family's crumbling holiday resort. Tempted by the hazy, nostalgic memories of summers past - childhood innocnece and the romance and rivalries of her teens - it's the perfect place to flee after her broken engagement.


But what began as an escape may just be a new beginning.


As Olivia uncovers secrets buried thick with dust, one by one her family return, their lives as frayed at the edges as the resort. Her father and the mystery woman in the tatty black and white photograph, Uncle John, who's trying to be a father again to his teenage kids. Conna Davis, the first love she never forgot.


Laughter is ringing around Willow Lake once more. This could be Olivia's summer of a lifetime!


Nayuleska's reasons for loving Olivia: although she's been emotionally burned, she focuses on a project and gives it her all. It's not her fault that because of the project ghosts from the past emerge: they are mysterious, painful and pleasurable.

Is there another character who deserves a mention? Daisy - initially she isn't someone I like or relate to, but she cares so much for her brother, and just wants to be loved by her father. I like who she becomes by the end of the story.

How evil/nasty is the enemy? Substance abuse is horrific at any age. Keeping essential secrets about a loved one's past can initially cause an awful lot of hurt, but it doesn't last forever.

Are there plenty of plot twists and surprises? Apart from the obvious ones indicated in the blurb, there were a nice lot of surprises. I especially liked how the story switched povs, and switched from the present day to the past (mostly to life at camp).

I give this romance/family saga 9/10, with the romance rated between mildly sensual to sensual, there's also some strong language and substance use/abuse.

If you like this I recommend Lily's Journey by Tania Crosse, another story full of family secrets and character growth.

Posted by Nayuleska at 1:23 AM No comments:

Kimber An is At Reader Girls Today

Bianca Interviews Adrian and Ophelia
Posted by Kimber Li at 5:02 AM No comments:

Updated
Posted by Kimber Li at 6:23 AM No comments: 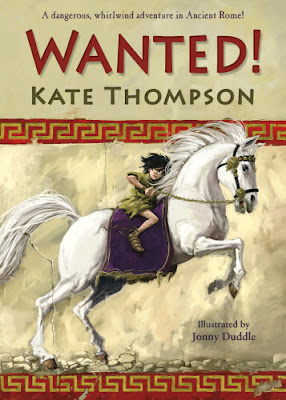 Summary from Random House Children's Books (UK)
Marcus is a young baker in Ancient Rome, living with his family in the shadow of the murderous Emperor Littleboots. When a slave boy shoves the reins of a sleek, beautiful horse into Marcus’s hands seconds before he is killed by a soldier, Marcus knows he’s in danger – because the horse is Incitatus, the Emperor’s most prized and powerful animal.

Will Marcus find a way to keep Incitatus hidden? Are the rumours of Littleboots’s death true – or is it all a trick? And how can Marcus save himself, and his family?

Nayuleska's reasons for loving Marcus...he's one plucky boy, although some might see him as unfortunate when Incitatus decides he likes Marcus & won't leave his side.

Is there another character who deserves a special mention? Incitatus - that horse has such character!

How evil/nasty is the enemy? I'd say pretty evil considering how Marcus could be executed at any moment.

Are there plenty of plot twists and surprises? It's surprising how much a small book took me by surprise. Never just a book on the number of pages!

One of my favourite parts was...when it ended. I could finally breathe a sigh of relief and not worry about Marcus.

I give this 9/10 - the illustrations added to the sense of action throughout the book.
Posted by Nayuleska at 2:59 AM No comments: