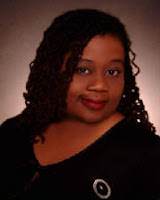 Good morning, Blog Buds! Gwyneth Bolton released a new novel this month, MAKE IT HOT, which I reviewed last month. I sent her some questions and she graciously answered them for Showcase Sunday.
.
Kimber- Did you have MAKE IT HOT in your head while you were still working on PROTECT AND SERVE? When did it show itself in your imagination? What journey did you take to write it?
.
Gwyneth- I wrote a proposal for the entire four book series after writing the first couple of chapters of PROTECT AND SERVE. So, in a sense, I had all of the books in the series in my head while I was still working on PROTECT AND SERVE. In fact, as I wrote MAKE IT HOT the characters from THE LAW OF DESIRE kept invading my thought

s and dreams. The hero from that book kept tempting me to write his story next. The wonderful thing about having a proposal for the series is it provided a nice road map for me to turn to when ever I felt blocked or needed inspiration.
.
Kimber- There was a year or so gap between SWEET SENSATION and PROTECT AND SERVE. What was that all about?
.
Gwyneth- It wasn’t about anything really. Some authors only publish one book a year. So, I figure if I can get at least one book out a year with a full-time job, I’m doing okay.
.
Kimber- With the experience of PROTECT AND SERVE behind you, was MAKE IT HOT easier or more difficult to write? How so?
.
Gwyneth- Each book brings its own challenges. PROTECT AND SERVE really just poured out of me. That story and those characters were so easy to write. MAKE IT HOT was a little bit more difficult when it should have been easier. THE LAW OF DESIRE was a snap. Again the characters and the story just leaped from my mind to the computer screen. I think the Hightower cops just like me more, because they were easier to write than the firemen. LOL.
.
Kimber- Is there anything else you’d like readers to know about MAKE IT HOT or PROTECT AND SERVE?
.
Gwyneth- If you love men who are honorable, protective and HOT, you’ll love these books. If you like “real life” every day guy kinds of heroes, heroes who might not have millions of dollars and can whisk you away to Europe or a remote island, but can make you feel loved and secure and desired beyond measure, you’ll love Jason and Joel Hightower. If the idea of a man in uniform turns you on in the slightest, then PROTECT AND

SERVE and MAKE IT HOT are the books for you. If large families, loads of fun, and some drama thrown in for good measure sounds like a book you’d like to check out, then you’re going to want to pick up one or both of these books today. If you like your heroes alpha with a heart of gold, then Jason and Joel have what you need and then some! But don’t take my word for it… Read the books and see for yourself!
.
Kimber- Tell us about your next book, THE LAW OF DESIRE.
.
Gwyneth- Here’s the ultra cool book blurb for THE LAW OF DESIRE (Which I just puffy heart love by the way because it captures the story in a nutshell!)Guilty Pleasures…Decorated police detective Lawrence Hightower's instincts click into high gear when a beautiful but suspicious stranger appears in his stakeout zone. Soon he realizes Minerva Jones is in danger and needs protection. He can't trust her. But he can't get this tough, feisty, stubborn siren out of his head.Desperate to keep a low profile, the last thing Minerva needs is a sexy cop getting too close for comfort. Not that she's guilty of anything, except her own intense attraction to the too fine detective. But she's got a few secrets, and trouble is closing in. Dare she surrender to the promise this sensual hero holds in his strong, protective embrace?
.
Thanks so much, Gwyneth!
.
http://gwynethbolton.com/
Posted by Kimber Li at 6:00 AM

I just love the Hightower men for the reasons Gwyneth stated in her interview. They are men who could be your neighbor, the guy you meet at the store, etc--they are HOT! :)

Thanks, Shelia! I'm glad you're enjoying them because I'm having a blast writing about them.

Personally, I can relate much better to romances with everyday heroes rather than the tycoon types. Long live the Hightowers!

Great interview, Gwyneth!!! I really, really enjoyed MAKE IT HOT!!!! So hearing the "backstory" is great.

Bettye ~ I have to admit, I like the way they make me stretch as a writer. Making the everyday romantic isn't as easy as a jet plane trip to a remote weekend get away and a shopping spree in France, LOL.

Michelle ~ Thanks! I have Nefertiti sitting on my huge to-be-read pile. Now I feel all guilty that I haven't read it yet. So many books so little time... :-)

Kimber An ~ Thanks for thinking to include me in the Sunday Showcase. Enduring Romance rocks and so do you! :-)